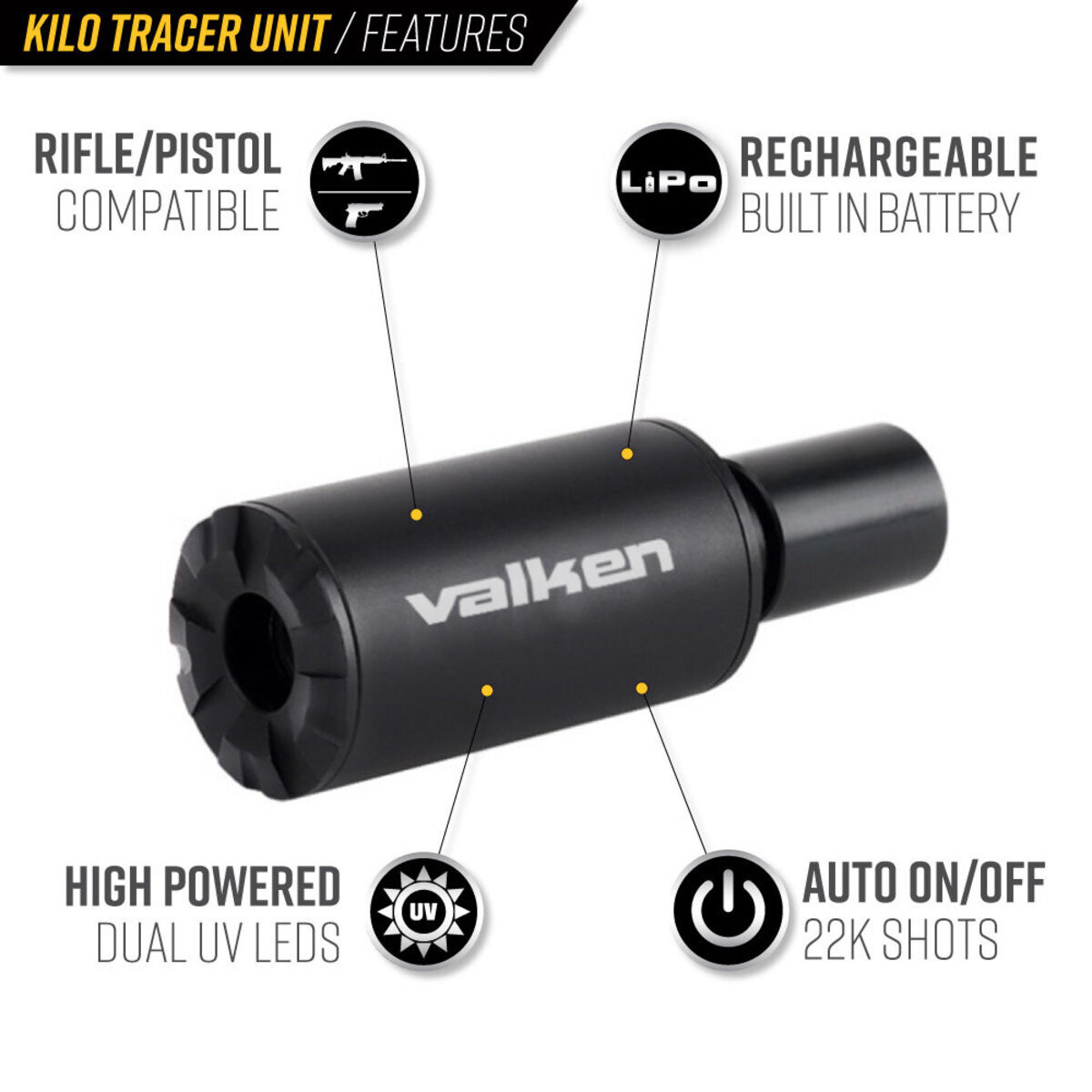 844959103715
$86.00
In stock
1
Product Details
Brand: Valken
The Valken Kilo Tracer Unit is one of the smallest airsoft barrel mounted tracer units for airsoft rifles and pistols. It's improved illuminator uses two high powered UV LED's that enhance BB glow activation for an ultra bright trace. This rifle accessory has a built-in rechargeable lithium polymer battery, which is accessed by removing the front cover and charges quickly with the included micro USB cable (wall plug not included). A full charge will last over 22,000 rounds, or up to 10 hours constant on. It also comes with a manual on/off illuminated button, but also has an intelligent motion sensor that turns the tracer unit on after 3 BB's fired, or turns off after idling for 40 minutes. We recommend any Valken ASL Series AEG with the tracer unit.